by The Sassagoula Sentinel
Disney have just announced that they are laying off a massive 28,000 cast members across their Florida and California sites, most of whom had previously been furloughed. Presumably with the end of their financial year tomorrow, Disney had to make some tough decisions based on predicted forthcoming attendance and revenue, neither of which would appear to be picking up any time soon.

Sadly, this awful news includes the loss of Riverside's own "Ya Haa" Bob Jackson, who has been the hugely popular permanent entertainer at the River Roost Lounge for 23 years. Bob just posted on his Facebook page:

And that's how it ends, not with a bang but with a whimper. I've just learned my act will not be returning to Disney. I made so many friends over the last 23 years, it was a great time, we had a lot of laughs together. I'll be continuing my Sunday shows for now. I'll keep you posted, I'm still digesting all of this-

Bob is still planning on continuing a virtual show at 6pm on Sunday via his Facebook page (www.facebook.com/yehaabob) but whether that will be as his Disney "Ye Haa" Bob persona or as Bob Jackson, pianist and signer, I don't know. See you there on Sunday anyway.

Since COVID hit, like many other entertainers, Bob has had no regular work beyond his weekly online shows to help keep everyone entertained and a few local church gigs. I'd like to suggest that if you ever saw one of Bob's shows and it made a difference to your vacation - which must be almost all of us here - now would be a good time to send him your thanks and support by popping a few dollars into his 'virtual tip-jar' at www.paypal.com/paypalme/BobJackson512. I know I'm going to anyway.

Such a terribly sad day. I wish Bob all the best for the future; he has been the heart and soul of Riverside for 23 years and whenever it eventually re-opens the place just won't be the same without his infectious, tirelessly energetic performances. Good luck Bob, you will be sorely missed at Port Orleans - and your hair still looks great. 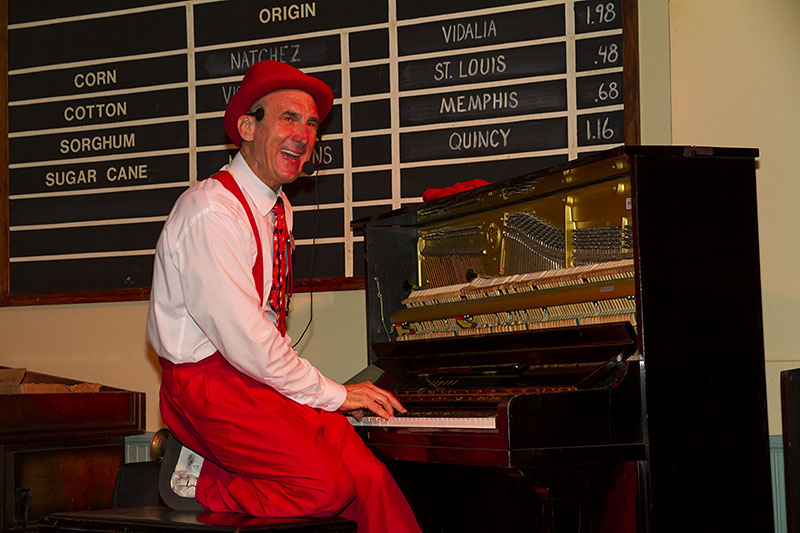